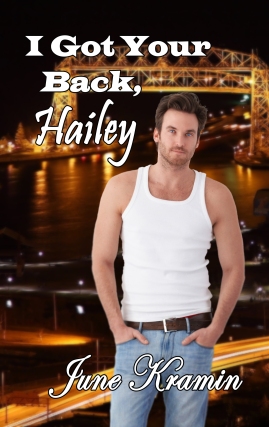 Since it’s up at Amazon, I’ll make today the unofficial release for my latest women’s fiction, I Got Your Back, Hailey.

Blurb: When Hailey stumbles upon a backpack full of money on her nightly jog, she is forced to flee the security of her secret identity.

Although the sudden appearance of a man that had been flirting with her earlier seems odd, Hailey accepts Parker’s help in getting the heavy bag home. Within moments of arriving, they escape under gunfire. The men it was intended for want it back, and Hailey has now made herself a target.

Safe in a motel room, the two of them discover the truth: although their meeting was an accident, Parker had been involved in the bag’s drop and she had been his assignment all along. Now, getting Hailey away safely is Parker’s new mission. Together they struggle to put together the pieces of Hailey’s past and discover that they have more in common than they thought.

Being on the run, keeping Hailey’s family safe, and searching for clues to put away the man that wants her dead are hard enough. Falling in love in the middle of it all was the last thing either one of them expected.

Yes, I was inspired by this shirt:

The things that make their way into my novels will never cease to amaze me.

I had to scale down Hailey’s potty mouth. In my final edits, I found this for a “cuss count”:

I managed to cut them by at least 1/2, but still…. if it’ll make you cringe, maybe this one isn’t for you. The “heat” rating is probably at a “1” so if you’re after more romance, this isn’t that book. I hope I don’t sway anyone away from my future releases with this one. I just felt like doing one with more of what I like to read: More suspense, less “heat”. I was aiming for that with my Hunter series, but just could not keep those 2 from going at it. Parker & Hailey were a bit more “trainable”. I hope to see its sequel to the end & hopefully more books with them.

My romance readers, have no fear. There are more in the works as well & my biggest news – the sequel to Money Didn’t Buy Her Love. I didn’t see that coming. Thanks to a fan for her great e-mail that inspired it.

2 thoughts on “I Got Your Back, Hailey” 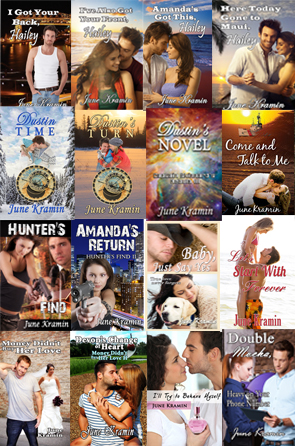